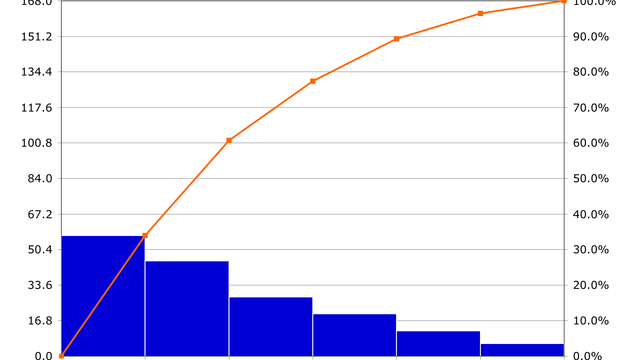 I think any problem (that can actually be solved) just requires these things:

Those things are all so tough to do though.

I started the Netflix doc series on Bill Gates last night. The first episode is about his approaching the problem of diarrhea, which “accounts for 1 in 9 child deaths worldwide, making [it] the second leading cause of death among children under the age of 5.” (CDC)

On the surface, it looks like an access to clean drinking water problem. But scratching the surface of the problem shows just how big an hairy it is.

Basically there is no sanitation in half the world. People have to dump their sewage into the rivers. The only existing solutions we have (sewers/water treatment) are designed for countries that can afford the infrastructure, which is the other half of the world.

The problem then? Basically no tech exists to solve for sanitation when infrastructure is too expensive.

This requires enough confidence in knowing that this is the thing that deserves undivided attention right now, a plan with to do list for approaching it, and blocked time that gets followed through on. There’s the other more subtle elements, like not falling prey (too much) to distraction and a willingness to be uncomfortable with the unknown, given attacking any problem is riddled with unknowable things.

Bill doesn’t seem to have the “falling prey” to distraction thing. His time is blocked down to the minute.

Right scope (and nature) of focus

Even just the concept of getting to the right scope of focus probably deserves a book’s worth of effort to tackle.

Additionally, having the right perspective on the size and nature of a problem means having a strong starting point in knowing what beyond just your personal efforts is required to solve it.

In the doc, Bill and Melinda Gates decide that the problem needs to be approached from multiple angles.

They need turnkey water treatment plants you can dump sewage into (instead of rivers) and toilets that self contained handle or ease water treatment given sewers can’t be created cost effectively in slums.

It’s an all hands problem so they enroll engineers, universities, students via an innovation competition, conference, Chinese manufacturers and, of course, Bill and Melinda’s own focus.

Another hard part, I’m reminded of Seth Godin’s The Dip.

A tiny little book about knowing when to push through on something and knowing when to quit. The idea is that you should decide upfront whether a project is worth the effort to see through even if it takes longer and more energy than expected. Or, if it’s not, to not start at all. Wasted effort, unnecessary failure, sunk costs, energy drain are all things that we’re most susceptible to in the middle of the journey.

Beyond the fact that a few thousand kids are dying each day we don’t have a solution to the sanitation problem, I don’t think Bill cares how long this problem will take to solve to a point of satisfaction.

The Foundation sets some pretty lofty goals around fixing this problem and then commits $200 million and five years of innovation contests as well as a ton of their own engineering resources later and it looks like they’re making some progress on a solution in a few directions, but at least in episode one, no real finish line in sight.

Cadence to get to traction/ momentum

Any problem worth solving is going to require strategic rest or time away from it. And then we have all the life things. On the one side, if you do too much, you can get burned out or reach diminishing returns on efforts and run out of above board ways to list build. On the other hand, too little traction and no progress will be made, just as debilitating.

Cadence needs to be tinkered with to get right. What do you need to do daily, weekly, whatever, to sprint to some initial traction? What’s possible within your current constraints?

For Bill and Melinda, getting the first four items right has meant the cadence will be variable. It’s a push push push and maybe some breakthrough happens, or some traction, and then a readjusting. I think all things are a bit like this.

Articles referencing this one